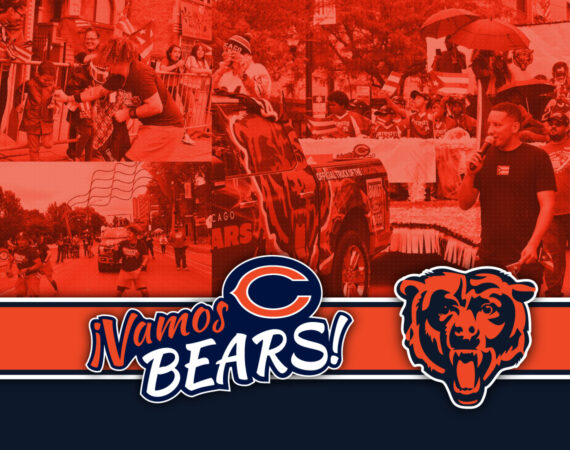 PACO has worked with the Bears since 2012 to help them engage with and grow the sport of American football in Chicago’s Hispanic community.

Working in partnership with the Bears, we identified several avenues to help achieve our challenge objectives. These included:

The Bears’ efforts have been met with continually increasing success. Social media efforts have seen considerable engagement, both from fans in Chicago and abroad – interestingly on Cinco de Mayo (a non-culturally-specific celebration that takes place well outside the football season) in particular. From a baseline of relatively low engagement, the Bears’ presence at events grew to reach over 380,000 people in 2019.

Discuss Your Next
Project With Us.